It is important that you have a thorough review if you suffer with pelvic pain, as there are many causes including disease related to the bowel, bladder, reproductive organs, and muscles which may require different treatments. Endometriosis, which affects 10% of women, is a common cause of pelvic pain and/or fertility trouble.

Dr Budden has undertaken highly competitive specialist training in the diagnosis and management of endometriosis and pelvic pain and has published scientific papers in the area as well as presented at national conferences. With a particular passion in gynaecology, he has developed a level of experience in this area that is not achieved by many gynaecologists and he welcomes any women who are concerned about having endometriosis and/or pelvic pain.

Endometriosis is diagnosed when the tissue that is normally present in the lining of the uterus (womb) occurs elsewhere in the pelvis or other areas of the body, causing pain and/or infertility. The lining layer is called the endometrium and this is the layer of tissue that is shed each month with menstruation (period) or where a pregnancy settles and grows. 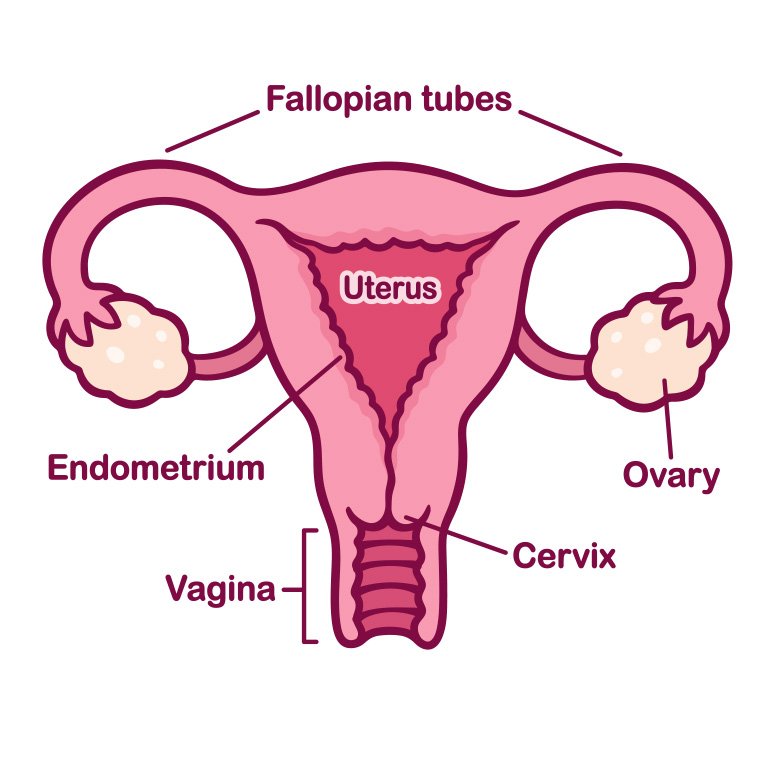 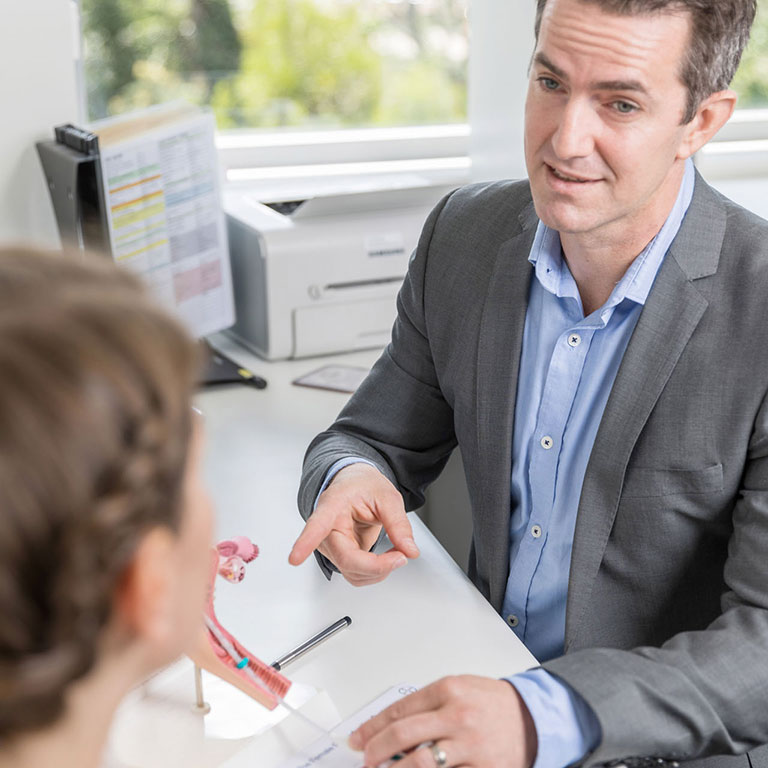 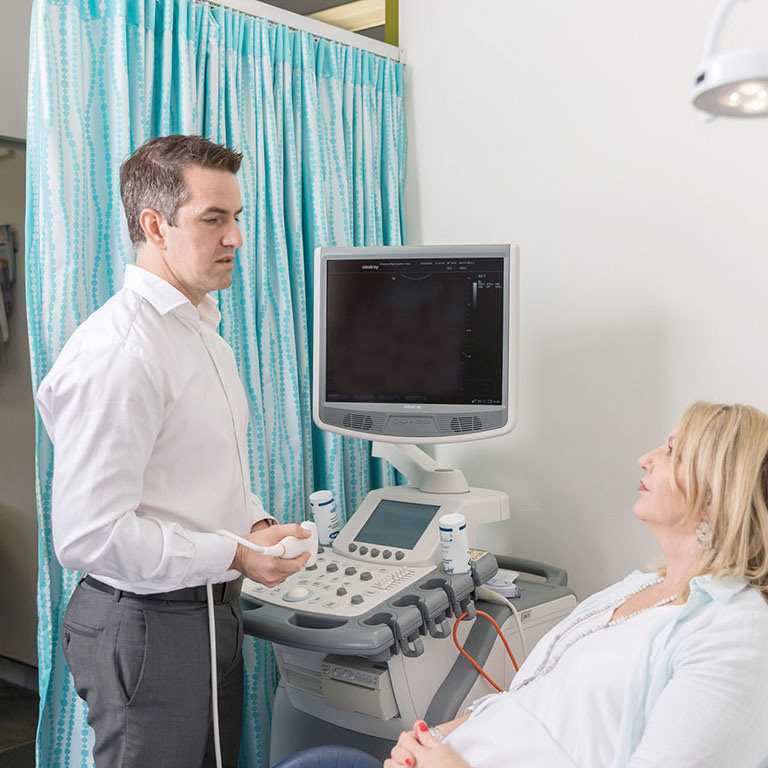 What problems does endometriosis cause?

What problems does endometriosis cause?

The first pain symptom that many women with endometriosis experience is unusually severe pain during periods. If yourequire strong analgesics or need time off from work or school on a regular basis then this may suggest a problem. Pain symptoms can differ from woman to woman, with other common pain symptoms including pain when passing urine or making a bowel motion, pain during sex and pain between periods (even if periods are not overly painful).

While endometriosis can cause difficulties with becoming pregnant, it is important to consider other possibilities for both the woman and man.  The doctors at Womens Reproductive Care have extensive experience in assessing underlying causes of infertility. If endometriosis is suspected, Dr Budden will discuss whether this is likely to contribute to fertility problems for you specifically.

It is possible that you have endometriosis without experiencing either of these problems. If endometriosis is present and it is not causing pain or fertility issues, it does not need to be treated.

How is the diagnosis made?

The only way that a diagnosis of endometriosis may be definitively made is to undergo a laparoscopy (key-hole surgery) and have a biopsy (tissue sample) taken. This allows Dr Budden to see inside your abdomen and assess the organs of the pelvis and abdomen. A laparoscopy can magnify the tissues and even small amounts of disease may be seen. Tissue that is thought to contain endometriosis is removed at the time of the laparoscopy and sent to the pathologist to be viewed under a microscope to confirm the diagnosis.

A diagnosis of endometriosis may be suspected without surgery, based on the symptoms you describe, your family history, a clinical examination or an ultrasound which shows an endometriosis cyst affecting your ovary or other pelvic organs. Dr Budden will discuss whether a diagnosis by laparoscopy is recommended for you. As it is an invasive test, medical treatment will often be trialled first.  The decision to have a laparoscopy will depend on your clinical symptoms and whether you plan on becoming pregnant in the immediate future. Remember that the only way to be 100% certain of the diagnosis is to have biopsy evidence at laparoscopy and Dr Budden will discuss the risks of this before you decide to have the procedure.

Dr Budden will discuss three kinds of treatment for endometriosis:

There are advantages and disadvantages to each type of treatment and you may need to have several types either at the same time or over time.

Medical treatments are divided into hormonal and non-hormonal treatments. There are a number of hormonal treatments currently available, which may involve one or a combination of hormones. They are directed at controlling growth of endometriosis, preventing recurrence after it has been removed at surgery, or controlling the menstrual cycle to reduce pain. Non-hormonal medications include pain-relieving medications such as paracetamol, non-steroidal anti-inflammatories (such as Neurofen) and strong pain relievers. These medications are designed to relieve the pain that can be associated with endometriosis, though they are not intended to reduce the amount of endometriosis present.

Surgical treatments are aimed at removing endometriosis and cutting adhesions which cause internal organs to stick together. Dr Budden has undertaken extensive training in this type of surgery and will always aim to perform the procedure laparoscopically (key-hole). This will cause less scarring and less pain, require less time in hospital and allows better visualisation of the endometriosis and any bleeding points. Sometimes the disease is so severe that a laparotomy is required. Dr Budden will discuss the possible complications and the likelihood of them occurring if you decide to have surgery. Occasionally, Dr Budden will recommend performing the surgery alongside a bowel or bladder surgeon if there are concerns of significant disease on these organs.

Allied treatments include physiotherapy, acupuncture and counselling with a psychologist and it is recommended you discuss any of these treatments with Dr Budden. Often, endometriosis and chronic pelvic pain will lead to problems with the pelvic muscles. When the pelvic muscles become over-contracted, they may cause intermittent sharp pain at times and also lead to pain during intercourse or when using your bowels or bladder. This can be considered like a muscle cramp elsewhere in the body and treatment may be similar with physiotherapy being the first-line treatment. In certain circumstances, injections may be used to relax the muscles in the pelvis.

A clinical psychologist is a very useful person to consult if you have chronic pain. If you are referred to the psychologist, it is not because your doctor thinks “it is all in your head”, rather that traditional methods of dealing with your symptoms have been of limited help. It is very important to realise that there are two aspects to pain: 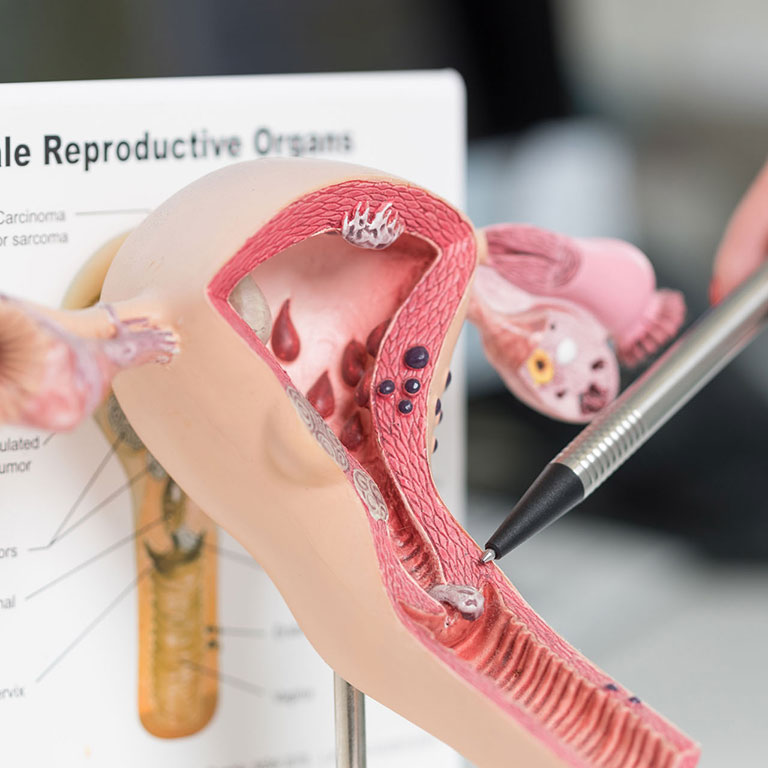 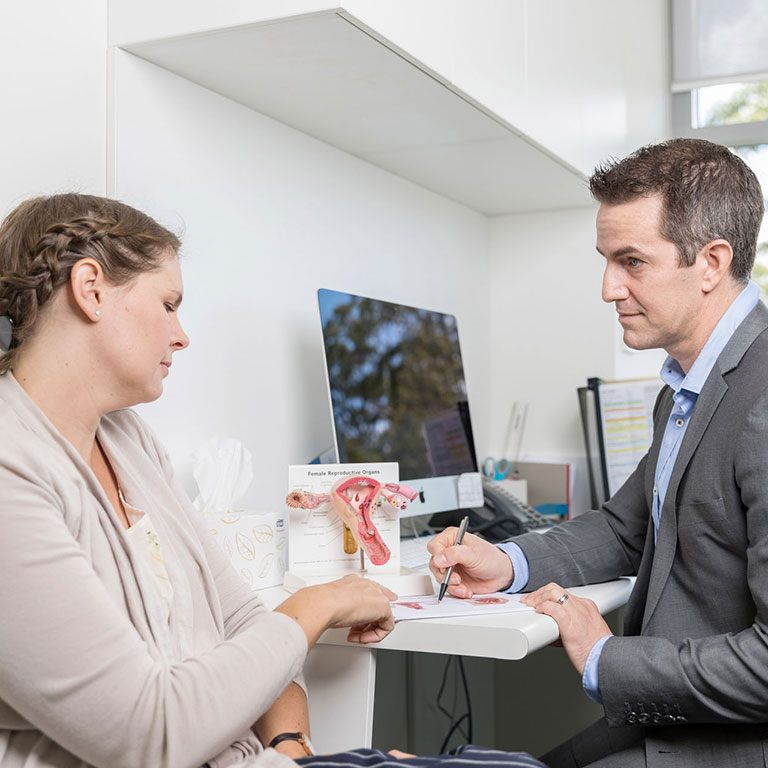 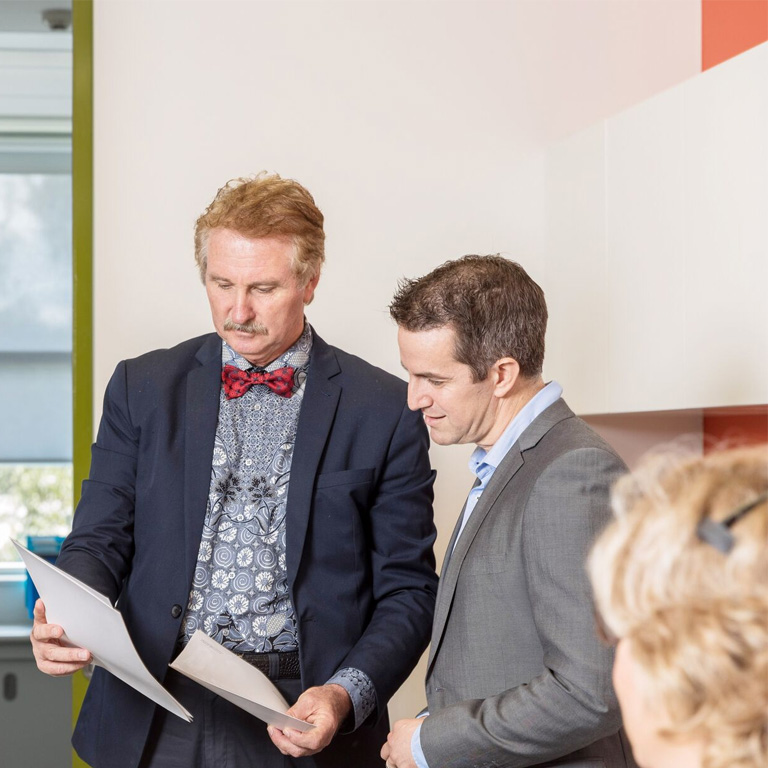 Most treatments for endometriosis will lessen, but not eradicate pain. This is because, even without endometriosis being present, some women will experience pain with their periods or in between periods. Treatments are aimed at reducing symptoms and improving the ability to go about daily activities. Some women will have no relief from any treatment. Symptom control and other investigations may then be necessary. In these cases, Dr Budden may discuss visiting a pelvic pain specialist.

If you have surgery for your endometriosis, the possibility of recurrence is approximately 35%. The time interval between occurrences may be short or very long. There is no way of predicting who will respond to treatment or in whom it will return. For patients with very severe endometriosis (stage 4), the chance of recurrence is higher at about 70%, although many women are able to have good quality of life and become pregnant following treatment.