An abdominal surgical approach means making a cut on the abdominal wall. The location and size of this cut, like every surgery, will depend on the aim of that surgery and how complex it is.

For gynaecological operations, such as removing the uterus or an ovary, there are generally two types of cut, or incision, that are used. The most traditional involves an incision up the middle of the abdomen, called a midline incision, which starts just above the pubic bone and may stop at the belly button (umbilicus) or higher towards the chest bone.  Despite his experience in key-hole surgery, Dr Budden may discuss this incision for your surgical procedure where the organ is quite large (like the uterus or an ovarian cyst) or if you have had previous surgery that could have resulted in internal scar tissue. This type of incision allows the most flexibility for the surgeon during the operation, but means a longer recovery for you.

For this reason, the most common incision for gynaecological surgery which requires an abdominal approach is the one that goes from side to side, called a transverse incision. Many would recognise this type of incision because it is used at a caesarean delivery of a baby. The length of the incision will vary based on the goals of the operation, but its location is usually 2-3cm above the pubic bone.   It is often used when the organs are smaller and do not require a midline incision. Whilst this incision is preferred over a midline incision to allow faster recovery, Dr Budden’s extensive experience in key-hole surgery allows him to perform most operations that are possible to complete with a transverse incision.  As such, Dr Budden would rarely recommend a transverse incision approach.

All abdominal surgery will require a general anaesthetic and you will need to be in hospital for at least two nights, although it is common to stay for four or five nights. When you go home, you will need ongoing recovery for around six weeks before you will be ready to return to work or other duties. 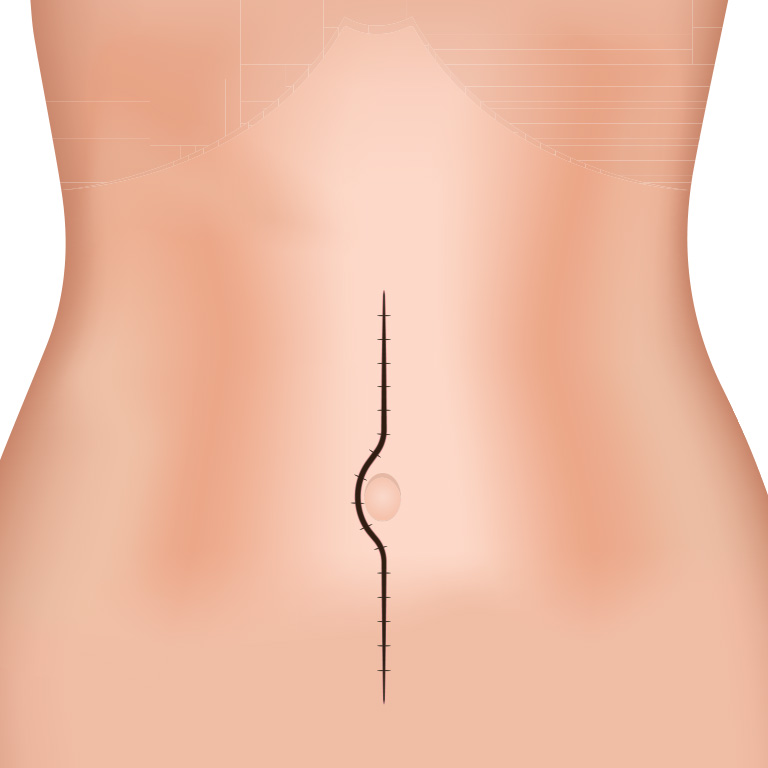 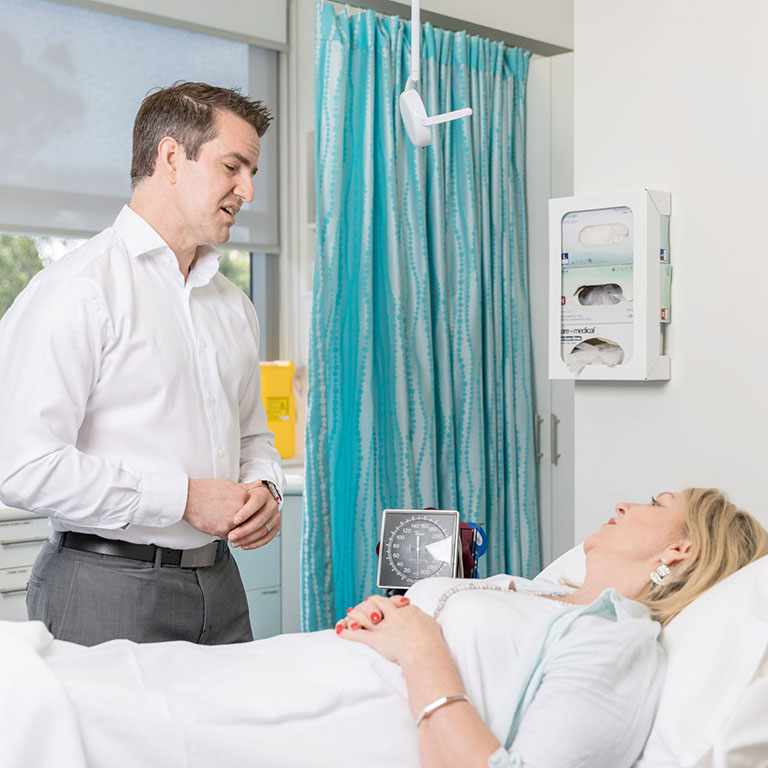 Like many things in our daily life, technology in surgery has grown considerably over recent years. One of the greatest advancements is the advent of laparoscopic, or key-hole, surgery. This involves a number of small incisions in strategic places in the abdomen to perform the surgery without the requirement of any large incisions. Dr Budden has undertaken a highly selective 2 year raining program through Australasian Gynaecological Endoscopy and Surgery Society to be able to perform many common operations with this approach.

This type of surgical approach has consistently been shown to improve recovery time, shorten the amount of time you stay in hospital, and allow quicker return to work.  Often you are back at work in 1-2 weeks.  Unfortunately it is not available for all procedures and not everyone is a suitable candidate however Dr Budden will explain the reasons behind this in detail when discussing your proposed surgery.

This type of surgery is classically what has separated gynaecologists from general surgeons. Not only are gynaecologists very familiar and comfortable with the complex anatomy of the pelvis, but they are adept at performing surgeries through the vagina. Common operations where a vaginal approach is considered include:

The main benefits of vaginal surgery include the absence of scar lines on the abdomen and a faster recovery from the operation. After the procedure, you would expect to have a tube coming from your bladder (called a catheter) and may have a sponge placed inside the vagina (called a vaginal pack) putting pressure on the incisions made during surgery. If you have a vaginal pack, it will be removed the following morning. Your catheter will be removed either at the same time as the vaginal pack or the next day, depending on the type of surgery you have had.

Recovery after vaginal surgery is faster than abdominal surgery although Dr Budden would still recommend up to six weeks away from work or other duties. You must not engage in sexual intercourse or place other things inside the vagina such as tampons until you have seen Dr Budden for your post-operative check-up as you may cause damage to the sutures along the incision line. 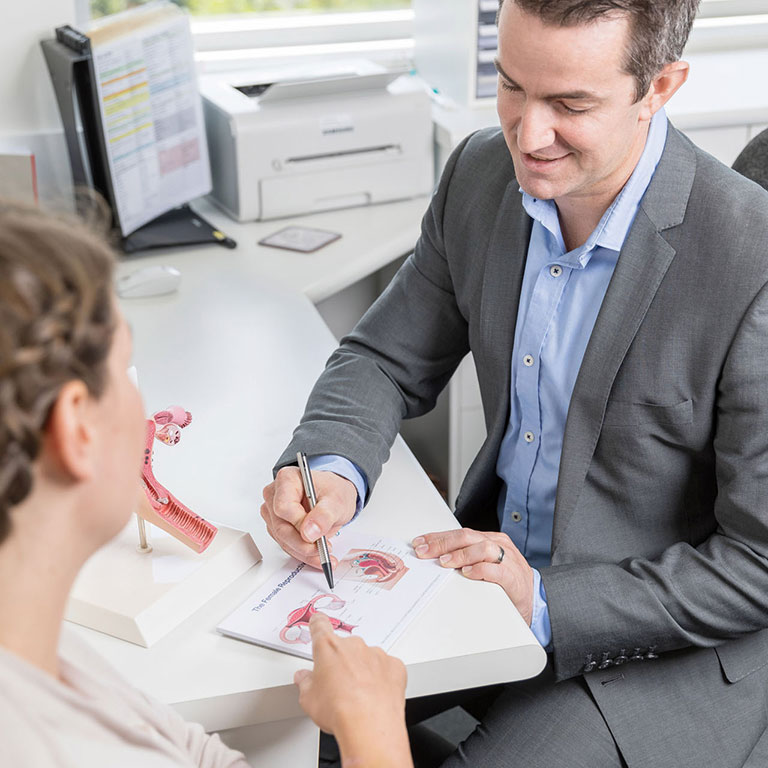 Hysteroscopic surgery is another type of surgery that separates gynaecologists from general surgeons. This surgery involves the use of a small camera inserted through the vagina and cervix into the uterus. The main reason for performing a hysteroscopy is an usual pattern of bleeding. The vast majority of causes of abnormal bleeding are benign and Dr Budden will discuss what they are looking for in your given circumstances. There are a number of common causes:

Other common reasons for undergoing a hysteroscopy include investigations for infertility, prior to an endometrial ablation, or correction of underlying anatomical problems such as a uterine septum.

At the time of the procedure, you will receive a mild general anaesthesia to ensure you are comfortable throughout the operation.  Afterwards, you will wake in the recovery area and be in hospital a few more hours to ensure you have completely recovered from the operation.  You will be able to go home the same day, but you will need someone to drive you and stay with you overnight.  Dr Budden will provide advice on your recovery at home and when you could expect to return to work. 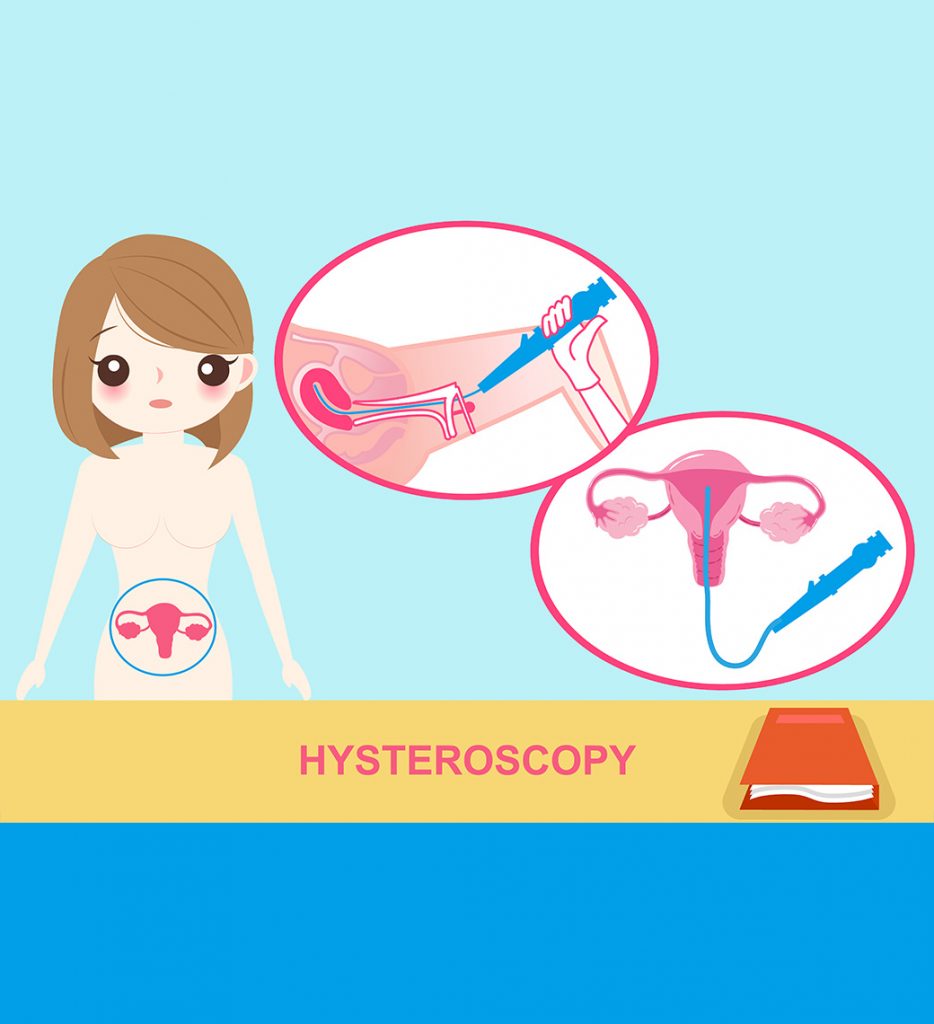